This project was designed for the XVIII Pladur Building Solutions Contest under the slogan "Escape to Fiction". The theme of the contest was to project an 'Escape Room' in the old and abandoned sugar factory of San Isidro in Granada, Spain. A challenge that would introduce the participants to an architectural reflection capable of revitalizing this Industrial Heritage.

The proposal was born from my collaboration with Gonzalo Rojas. This project came about because of the concern both authors have in their understanding of architecture as a process of spatial experience and a dialogue with construction. Originally, the project is based on the research and development of the Graduate Final Thesis produced by Rojas. In the development of his work, Rojas created a project that wanted to extrapolate the virtues of virtual spaces in videogames. In his own words: "In the new information age, due to new technologies and their impact on our way of life, the role of being an actor has been reinforced to the detriment of the role of the spectator. We speak of experience and perception, essential concerns for videogames, whose main function is immersion. This project aims to show and validate the potential of the spatial design conceived for these environments".

The project seeks to apply a design method inherited from the spatial configuration of a video game called Dark Souls. It wanted to create an experimental and virtual stage built to human scale where the environments pretended to be as dramatic, stimulating and unique as possible from the player's point of view. In this way, it was possible to avoid falling into the routine of conventional design models, thus generating a series of varied maps and environments filled with dynamic illusion.

The project seeks to implement the different uses in the existing building through a simple strategy that consists of introducing autonomous architectural elements that work together as a unitary project.

The main part of the project is, without a doubt, the scenario  of the Escape Room. This universe of spaces, corridors, halls and staircases, all interlaced in a dynamic and random (almost chaotic) way, presents a unique game board.

The numerous connections between parts, as in videogames, play an essential role in the experience. The players can try numerous shortcuts that are created as they progress.

This is why the whole model is not considered as a single game space. The possibility of dividing the whole appears in different routes that could work independently or generate multiple combinations between them. So, the distributing elements or nexuses, also experiential, are essential: “Zones where everything begins, where all the roads return, and where everything ends".

Our three-dimensional proposal is materially translated into reality through a system that focuses on the use of Pladur (Drywall) catalog products. Thus, the limits that enclose the scenic space, including all its routes, are designed by using the multiple materials and formats offered by the Pladur company. The project contains a wide variety of different products that allows the formal demands that define the proposal to be possible.

This skin which is composed of pieces of Pladur, is supported or suspended from a substructure that transmits the loads to a reversible system of lightweight structures. Finally, we tried to bring a digital and abstract space model into a three-dimensional real space by using a constructive method that is both accessible and practical. 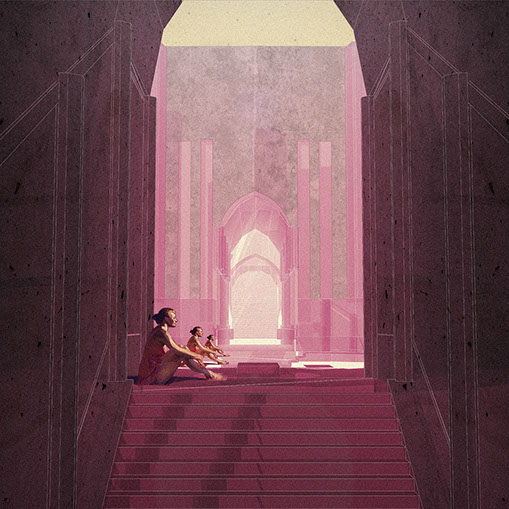 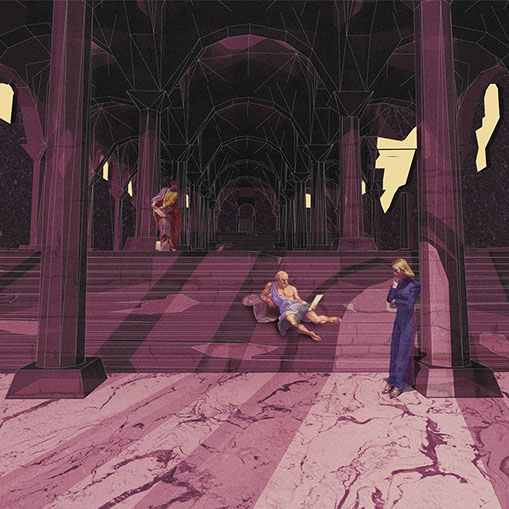 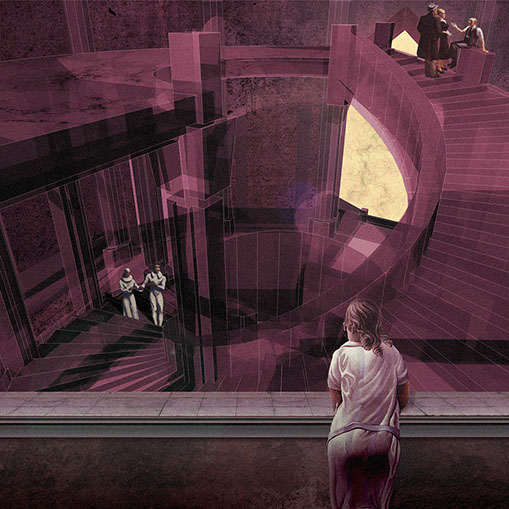 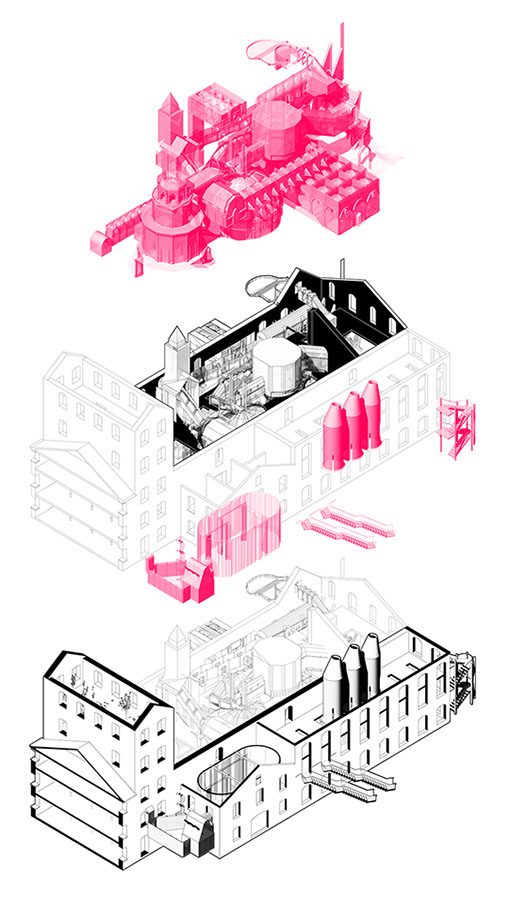 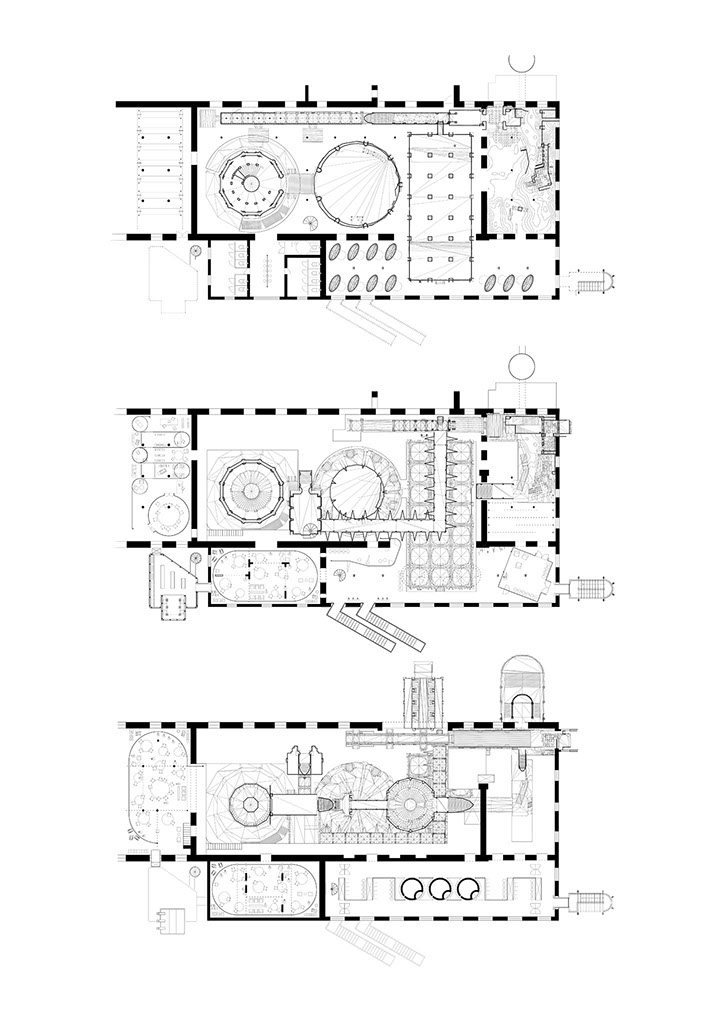 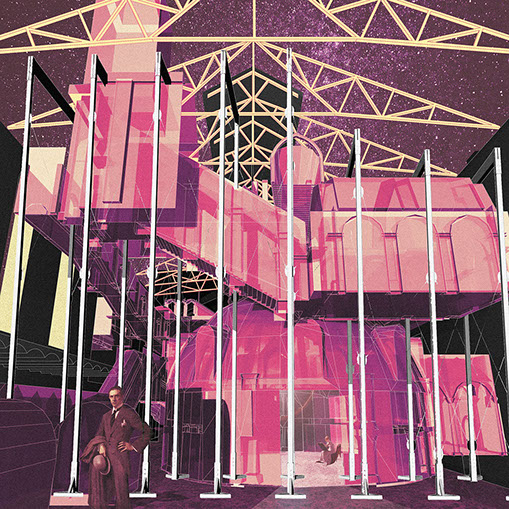 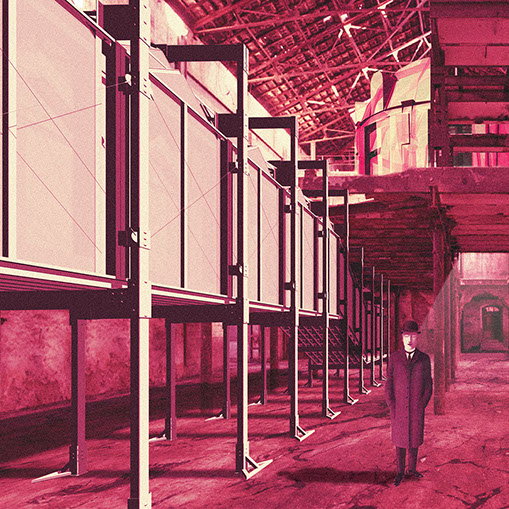 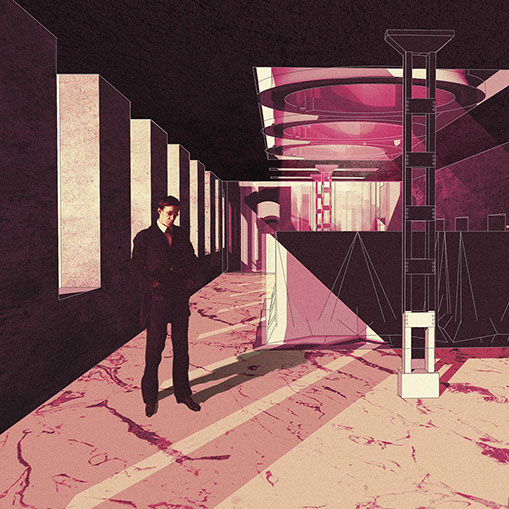 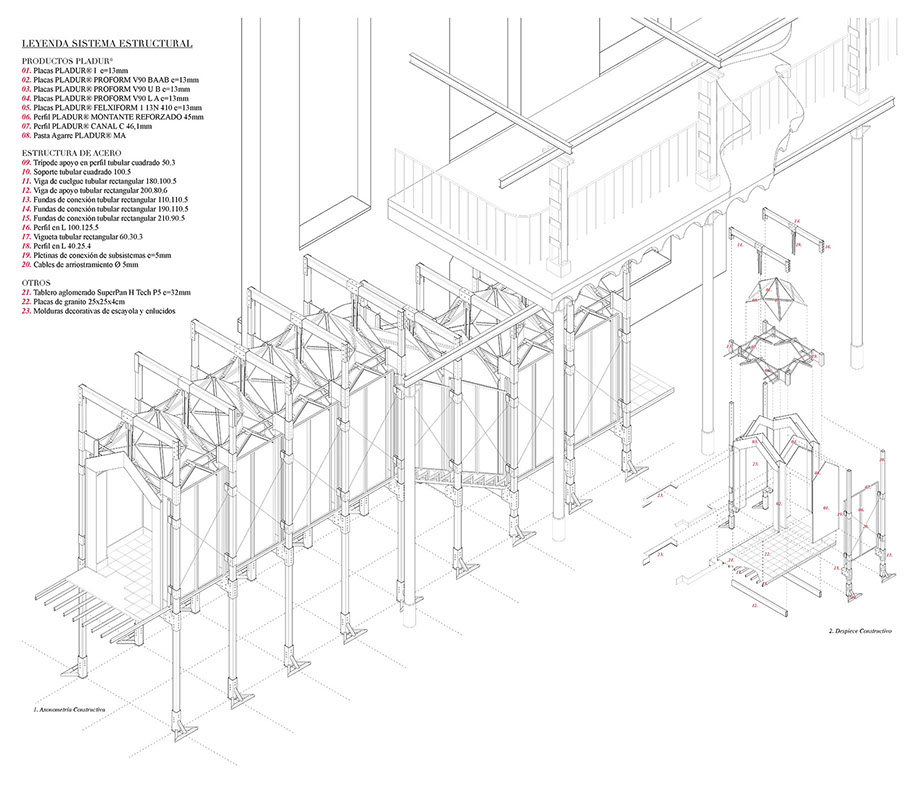